The Bereavement Authority of Ontario (BAO) is a government delegated authority administering provisions of the Funeral, Burial and Cremation Services Act, 2002 (FBCSA) on behalf of the Ministry of Public and Business Service Delivery. Responsible for protection of the public interest, the BAO regulates and supports licensed: funeral establishment operators, directors and preplanners; cemetery, crematorium and alternative disposition operators; transfer service operators; and bereavement sector sales representatives across Ontario. The BAO is wholly funded by licensee fees (not tax dollars). 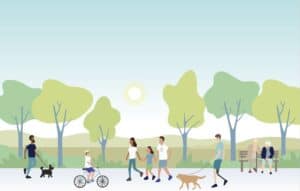 The BAO was established as a delegated administrative authority (DAA) on January 16, 2016, under the Safety and Consumer Statutes Administration Act, 1996. The delegation to the BAO occurred as a result of the mutual desire of the Ontario government and the bereavement industry to enhance professionalism, increase consumer protection and provide an effective, efficient and responsive regulatory framework.

The BAO is not a government entity; it is governed by an independent Board of Directors. Like other DAAs, the BAO is wholly financed by the fees paid by the industry sector it oversees. The transition to the BAO does not mean that the bereavement sector will be “self-regulating”. The Ministry of Public and Business Service Delivery (MPBSD) maintains a strong oversight role in the sector and continues to be responsible for policy decisions under the FBCSA. The ministry also retains responsibility for cemetery closures, abandonments and burial sites of the FBCSA.

Effective April 1, 2016, the licensing and enforcement responsibilities previously exercised by the Board of Funeral Services (BOFS) was transferred to the BAO and BOFS was dissolved as a corporation. The BAO provides a more effective one-window approach for both licensees and consumers. Consumers now have a single point of contact for any questions or complaints they may have about funeral and transfer services or cemetery and crematorium services.

Functions of The BAO

Stakeholders from the cemetery/crematorium and funeral/transfer services sectors, religious organizations, municipal organizations and other interested stakeholders were consulted on the establishment of the BAO.

The BAO is an independent, not-for-profit corporation that administers provisions of the FBCSA (the Act). The BAO’s mandate is to serve and protect public interest and govern the bereavement sector in the province of Ontario.

A fair and safe bereavement marketplace where Ontarians have confidence in the dignified and respectful treatment of the deceased.

We are proactive, respectful, transparent, efficient, fair-minded and team oriented.

The governance of the BAO is established through the FBCSA, its regulations, by-laws, policies as well as an Administrative Agreement with the government through the Minister of Public and Business Service Delivery.

(BAO) administers provisions of the Funeral, Burial and Cremation Services Act, 2002 (FBCSA) for the Ministry of Public and Business Service Delivery (MPBSD).

MPBSD is responsible for legislation and regulations, and for providing oversight of the BAO. MPBSD has also retained responsibility for burial sites, war graves, cemetery closures and abandonments.

MPBSD monitors the performance of the BAO to ensure that marketplace standards are maintained through reporting and accountability mechanisms such as business plans, annual reports and third-party audits.

The Administrative Agreement between the Minister of MPBSD and the BAO sets out the matters of the Act that the Ontario Government has delegated to the BAO. The agreement clarifies the roles, duties and responsibilities of the Minister and the BAO and sets out the administrative, financial, auditing, accountability, legislative and regulatory development, and the working relationship between the two parties.